Folk Art and Antique Advertising remains the most intriguing and visual of the collecting world’s taste for the beautiful and unusual in the realm of collectible artistry. 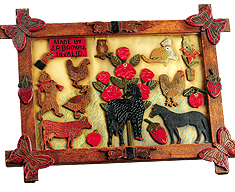 Made by J.P. Brown Invalid

A completely decorated frame with intense details, this beautiful folk art carved picture in frame was from the Donal Markey collection and sold for more than six times its estimated price $3,000 – $3,500 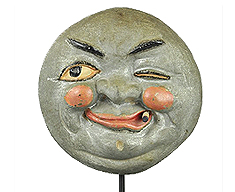 This very unusual cast aluminum caricature of a smoking moon face man is quite novel, offered in our March 2014 auction against a $1,200 – $1,500 estimation. 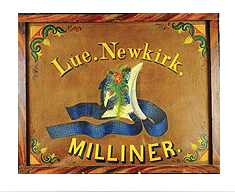 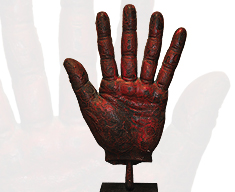 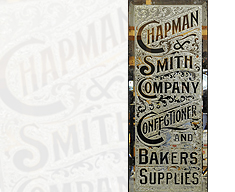 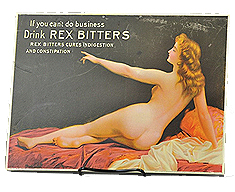 Light cardboard with beautiful nude painting reads, If you can’t do business drink Rex Bitters, cures indigestion and constipation, a hard to find Bitters bottle related items from our May 2014 sale. Est. $500 – $600 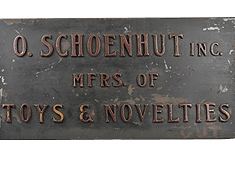 This sign reportedly hung on the Schoenhut company building wall and appears to be from early teen. Offered to the next bidder in our March 2012 sale. Est. $800 – $1,000 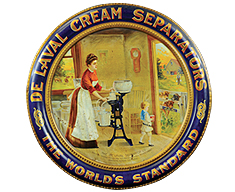 A popular piece for all advertising tin collectors, this tray has great graphic image at center and depicts woman and child at separator machine, from the May 2013 sale. Est. $1,400 – $1,600 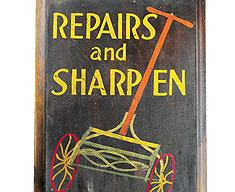 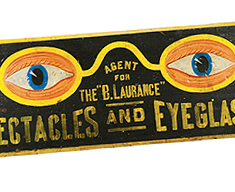 This fabulous wood sign was another piece of the Markey collection, painted eyeglasses with peering eyes, black background bringing out the vibrant colors, trimmed in yellow frame, a double sided sign sold for four times its estimated $1,500 – $2,500 value. 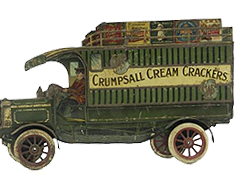 From the legendary Donald Kaufman auction Part I in March 2009, this rare lithographed tin die-cut sign was a highlight for many advertising collectors. Est. $1,500 – $2,500 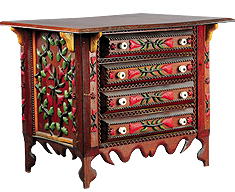 A pristine example of a tramp art chest with intricate wood carving accents on sides and front opening drawers, extensive embellishments to this lovely piece made it a prized possession of the late Donal Markey. Est. $2,000 – $3,000 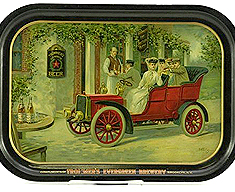 Donald Kaufmans legendary automotive collection featured anything and everything automotive, including this beautiful Meek Co. beer tray with graphic imagery depicting people in auto and a man serving woman a glass of beer. Est. $2,000 – $3,000 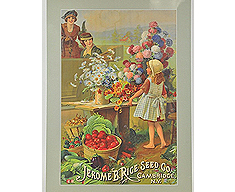 This paper poster depicts a little girl tending a farm stand by the highway, overflowing with an abundance of fresh cut flowers and baskets of vegetables at her feet, two pretty ladies in an early auto, one with purse in hand are contemplating their purchase from the Jerome B. Rice Seed Co., Cambridge, NY, sold in our May 2014 sale. Est. $1,200 – $1,400 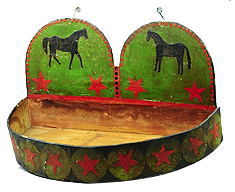 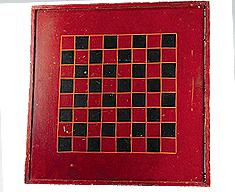 CHECKERS AND PARCHESSI GAME BOARD